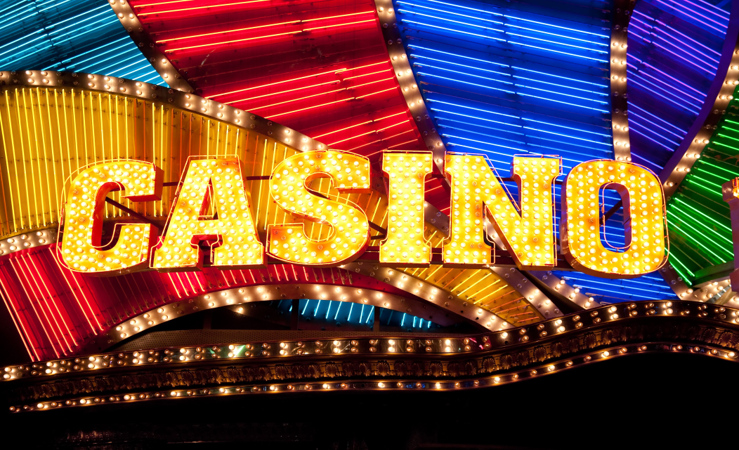 Known as Yablon in card game books, Red Dog is a variation of a card game known as In-Between or Acey-Deucey that was thought to have originated in the Wild West in the 1800s. Although Red Dog has fallen out of favour somewhat in land-based casinos, it is popular online. Red Dog is a relatively simple variation of poker and is probably one of the most straightforward games of chance that you can play online. Furthermore, many online casinos offer "play for fun" games, allowing punters to get a feel for the game and decide if it is one that suits them.

The rules of the game are fairly simple, so it will not take long to get the hang of it. Players are dealt two cards and place a bet (the "ante") on the chance that the value of a third card will fall in-between the values they already hold. Cards are scored according to face value with Jack = 11, Queen = 12, King = 13 and Aces being high (14). Suits are irrelevant. The standard game, such as those provided by NetEnt and Microgaming, uses one deck of 52 cards. Various other bets are allowed and depend on the face value of the first two cards and the "spread" between them.

Because of the relative simplicity of the game, NetEnt have produced an interesting new variation: Red Dog Progressive. As expected from a NetEnt game, sounds and graphics are excellent, ensuring that players will have a great experience. The visuals are just right for this kind of card game with the wooden edged table being covered in green felt. From the player's viewpoint, the card dealer and shuffler are opposite, dealer's chips are in the centre and any cards already dealt are on the screen's left side. The player's chips are in the bottom right corner, and around the screen there are clearly marked buttons for "ante", "raise", "deal" and "call".

So, how does Red Dog Progressive differ from standard Red Dog? In the standard game players make an initial bet (ante), two cards are revealed and a third is dealt face down. Players must study the spread of values on their two cards and choose how to proceed: fold and lose their bet (round ends); stick and call; or raise and call. The third card is then revealed, and any winnings will be paid. In the Progressive version, players can choose to take their winnings at the end of each round, or to maximise the excitement by leaving them on the table ready for the next hand.